We originally wanted to go the base camp of the world famous Aconcagua (6900m), the highest mountain in the southern hemisphere. However, this year it snowed heavily and still remains, and to Yasuko’s great regret the base camp has not yet opened.
So we opted for hiking to another Andean mountain, Le Arenales (3700m).

The day started à la Argentinean: the car came to pick us up half an hour late. We met our guide, Alfredo finally, on the way, but he spoke only Spanish (the guide was supposed to be English-speaking). By the time we arrived at the trailhead, it was already close to noon, which was very, very late in any mountain-hiking standard : (

We started at the altitude of 2800m, aiming at the summit of 3700m. We were steadily climbing through the gorge and passing some patches of snow. Around 3300m the heavy clouds were hanging around the summit and we could not expect any visibility up there.

We abandoned the idea of going for the summit and instead traversed the snow-covered slope to have a better view.

The area was surrounded by the snow-covered 5000m level mountains and moraines (dead glacier area) which created a desolate atmosphere. An abandoned mountain resort added to the spooky atmosphere.

Our first Andean mountain experience was very limited and rather unsuccessful. Philippe was completely exhausted by the end of the day not by hiking but by the 5 hours of intense Spanish practicing session with our guide who honored the “despacio por favor” (speak slowly please) for certainly 30 seconds if not more… 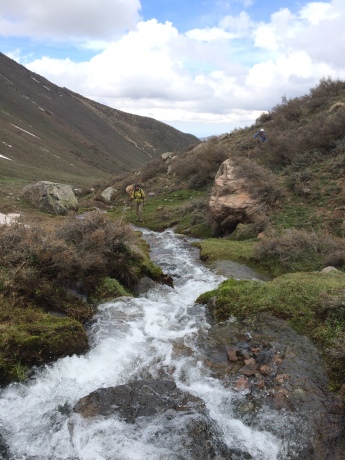 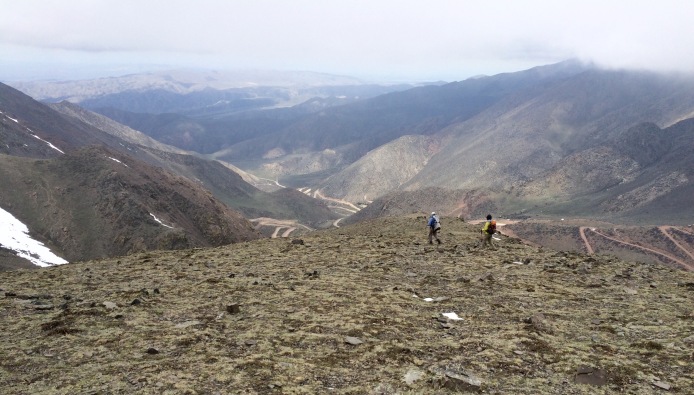