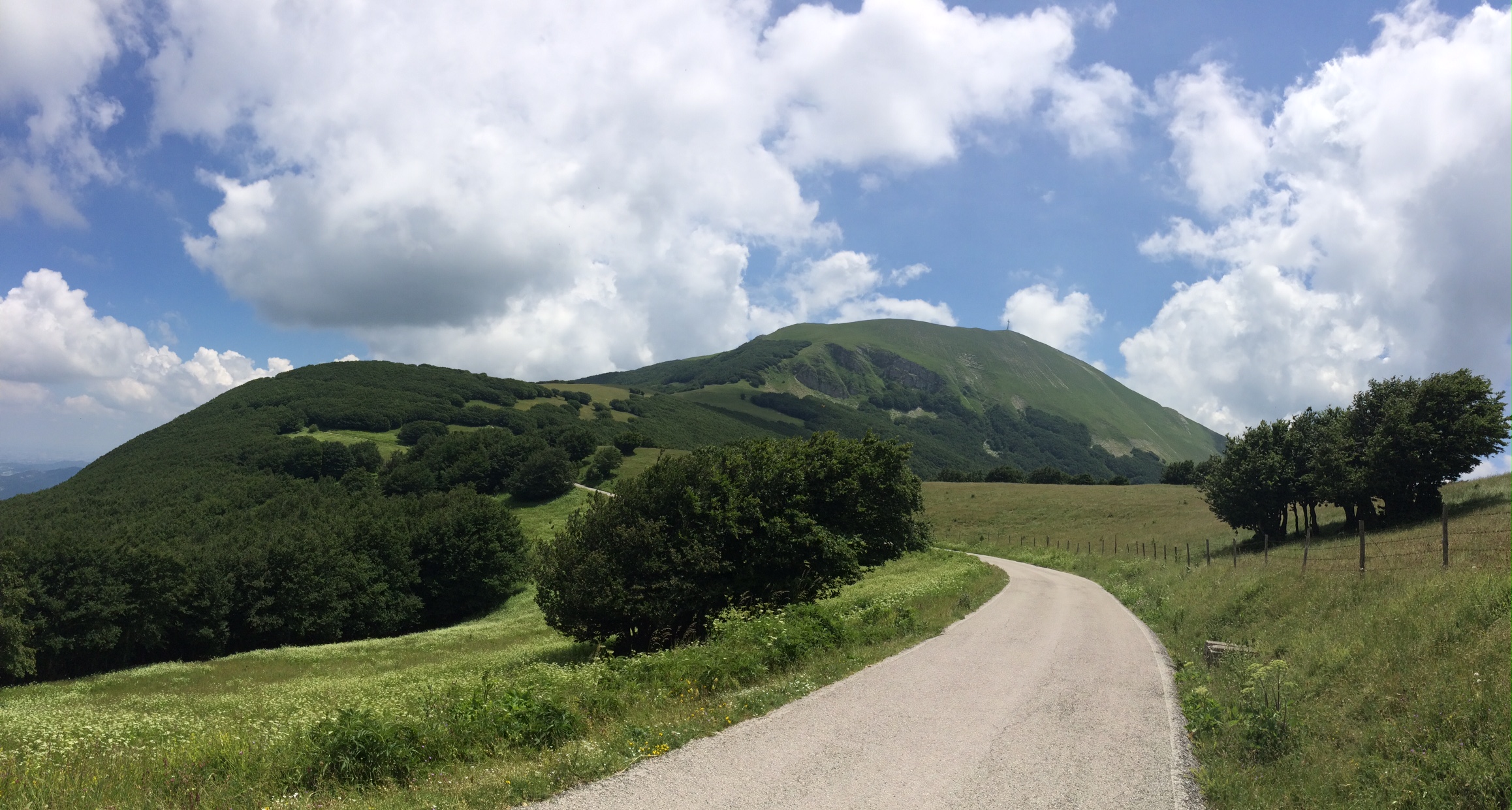 On the second day in the region of Monte Morcia.

Today we left early so that Philippe gets an early start with flying on his preferred hilltop, Monte Morcia.

After watching him flying his airplane a bit, I headed off to Monte Catria (1701m) , the highest peak in this area. Its peak with the cross can be seen from far.

From Monte Morcia I walked on the white road till the foot of Monte Acuto (1668m).  By then several cars with German number plates passed by and I knew that these flyers were going to the same point where Philippe was. This spot is popular particularly among Germans, I was told.

Looking back M. Morcia and Philippe

After half an hour or so, it was a relief to be out of the car road and finally find the hiking path. It lead into the beautiful dense forest and I enjoyed the serenity of the place, away from the scorching sun.

From the GPS map I knew that I had to go around to the other side of Monte Acuto before going to Monte Catria. At a couple of points the signposts were not clear or not present at all so I asked some forest workers for directions (almost no other hiker was on the path).

Again I came out of the forest and onto a gravel road. Soon a car passed by but it stopped a couple of meters away and back-warded towards me.  From the window the guy extended his arm and held something in his hand. I noticed that it was the regional map of “Monte Catria”!  While I stared at it, he gave it to me without a word and drove away before I could say anything.

I was taken back and wanted to ask him, “did you read my mind??”
I kept wishing I would have had a proper map, as I lost my way several times today. Might he be one of the workers whom I saw and asked for directions earlier?  I did not recognize him and was therefore a bit perplexed, but overjoyed with a new “compass” in my hands!

So I started walking with a better sense of orientation and confidence. Soon Monte Catria came into sight. The top with the cross looked quite far and its sharp mountain flank looked unfriendly.

Monte Catria is finally in view

The mountain flank seems unfriendly; how am I going to cross this?

The hike took more time than I had planned, as I spent a lot of time trying to find the path. But two women hikers came down and told me that it would take only over one hour so I decided to give it a go.  The path was steep and slippery near the top but the view was fantastic!  Unfortunately it was terribly windy and cold up there, so I could not stay for long.

At the trailhead of M. Catria 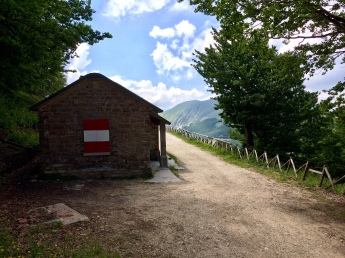 The Cross at M. Catria 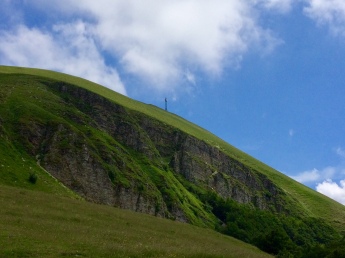 The mountain flank seems unfriendly; how am I going to cross this? 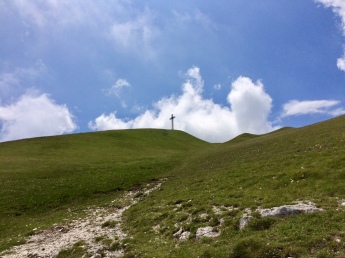 To the cross, the top of M. Catria

I walked back the way I came and I was exhausted when I reached where Philippe was still happily flying his airplane along with lots of German and Swiss enthusiasts …. 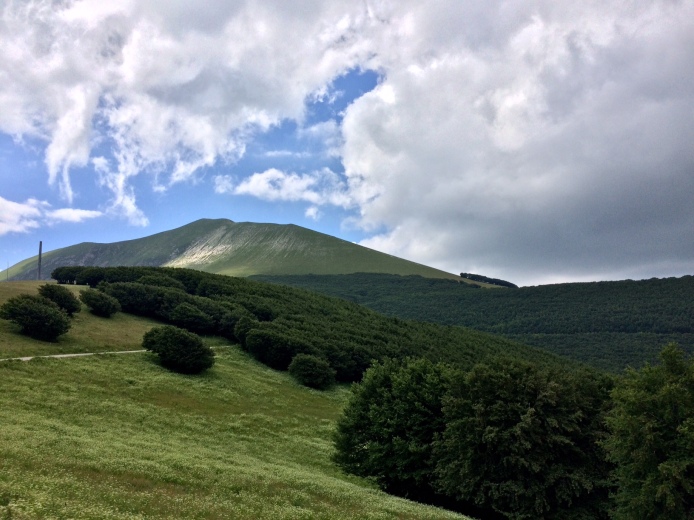