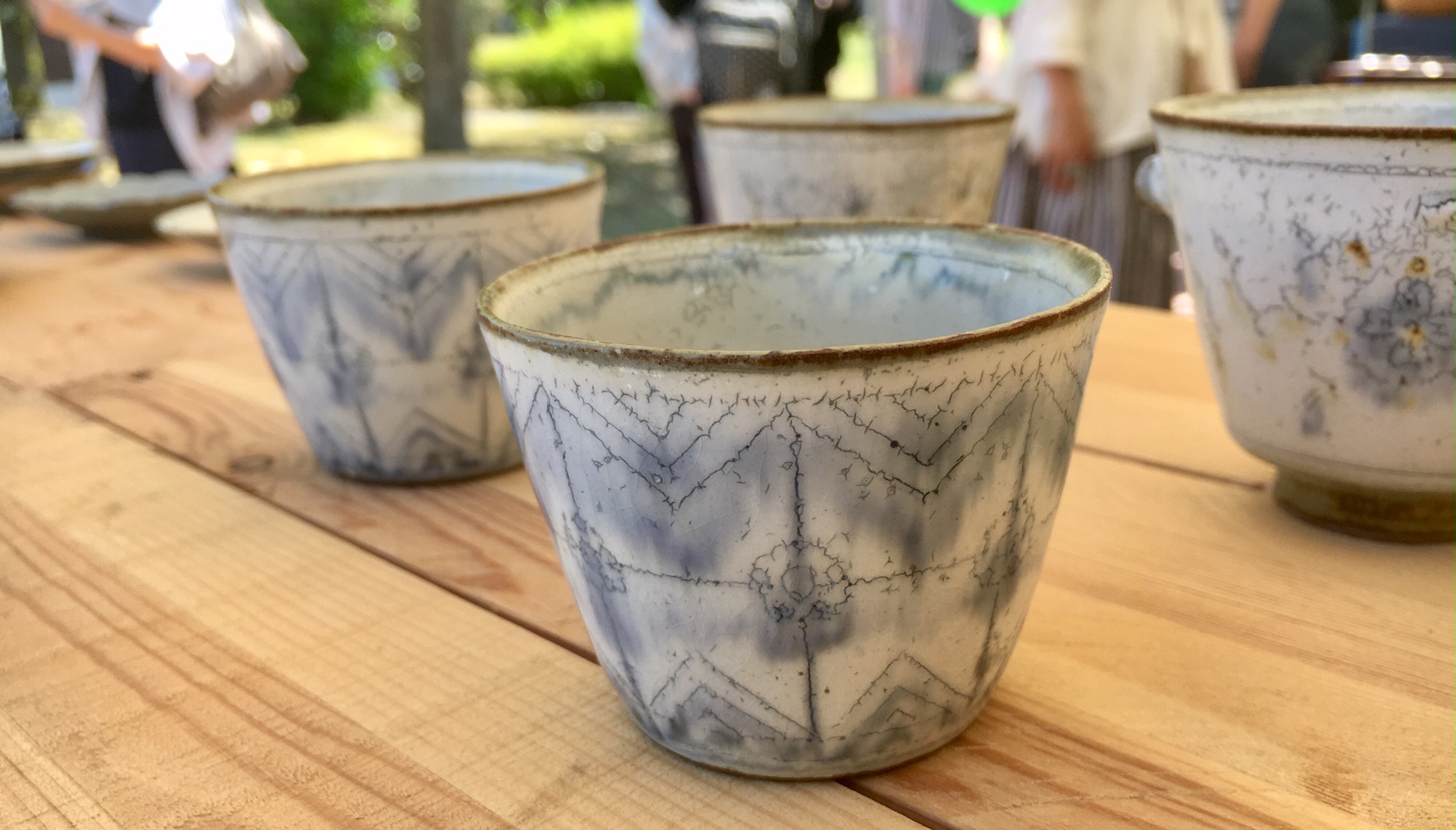 We love pottery, we even took a course some time ago, but never made anything but basic pots and cups.

Lucky enough, close to Yasuko‘s hometown Mikuni, there is a pottery festival just while we are visiting the family. Off we go by local train.

The train station is small, low and funny to look at if a tall boy is inside it.

We bought a couple of pottery and wooden items for our home. It makes a nice souvenir. This year two donburis. 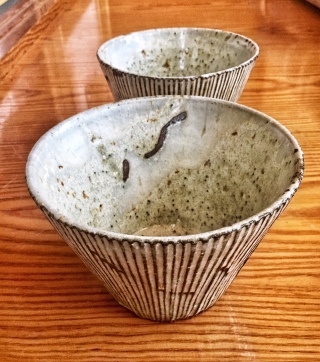 A donburis is a bowl typically used for ramen, udon and similar dishes. One of those dishes is in fact called donburi and consist of a rice layer covered with a layer of almost anything. It can be meat, fish, egg, vegetables and any combination of it. 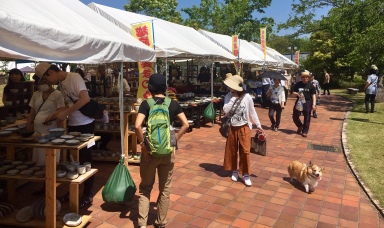 And to keep the energy level up, we had an oishii (tasty) black sesame bread. Comparable to a cinnamon roll with sesame taste.

I am always impressed by Japanese craftsmanship. I look forward to eating ramen and udon in these bowls back home in Switzerland. And I also look forward to visiting another pottery village called Mashiko in a couple of days.