I’m back at the Kyoto Trail again. Last December my mountain buddy Sano-san and I walked a northern part of the trail (Kitayama).

This Higashiyama route, an eastern-part of the trail, has many highlights: Fushimi Inari’s vivid orange-red “Thousands Gates”, a panoramic view from Mt. Higashi, the Lake Biwa Canal, Mt. Daimonji and its iconic fireplace, and spiritual Mt. Hiei area.

Today we arrived at the trailhead at 6 am! Due to my jet-lag, I woke up early and we decided to make an unusually early start.

So early in the morning, we stood almost alone in the very popular and usually crowded Fushimi Inari. We walked through the famous orange-red “Thousand Gates”, the mystical atmosphere lingering in the quiet morning. 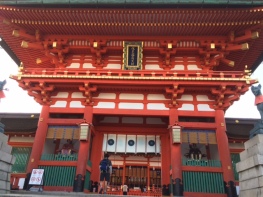 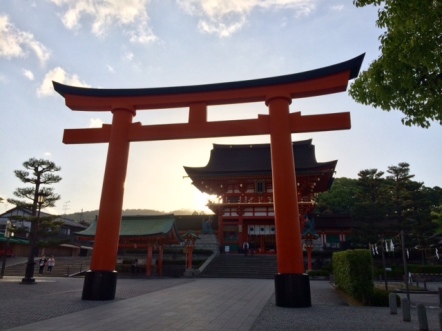 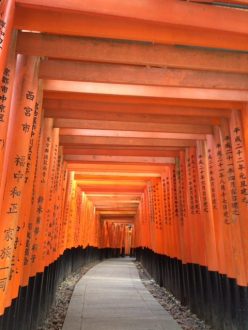 Fushimi Inari in the morning

After leaving the Fushimi Inari and turning north, we walked down to a rather deserted-looking residential quarter behind the shrine and continued on to Mt. Kiyomizu (241m). This mountain is located just behind the most well-known temple, Kiyomizu Temple, which I visited several times in the past. The forest was dense and we could not see the temple, but I realize that most temples have “their” mountains behind them. 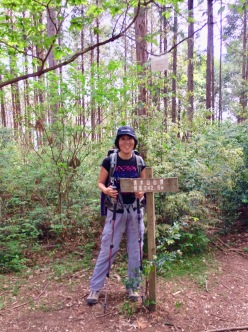 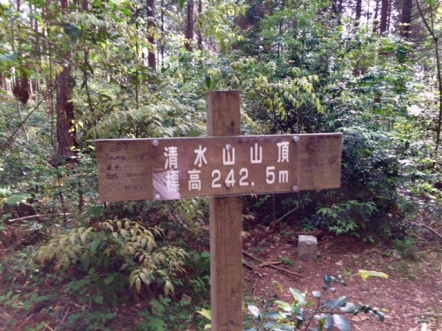 Then we continued up to another small peak of Higashiyama. I have been to the park in the lower part but never to the top. From the observatory, we had a sweeping view of the Kyoto city with the Kyoto Tower, the Kyoto Imperial Palace, and other landmarks.

Then after going down to the town level, we came across the Lake Biwa Canal, an important waterway. It was constructed during the Meiji Period to transport water, is still in use, and also a major industrial heritage in Kyoto.  The waterway runs from Lake Biwa to the city of Kyoto through tunnels under the mountains and is an essential water source for Kyoto.  The mountains, rivers, and lakes are intricate parts of nature and it is interesting to see how they play a significant role in our life. 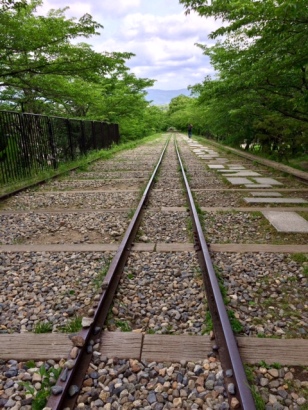 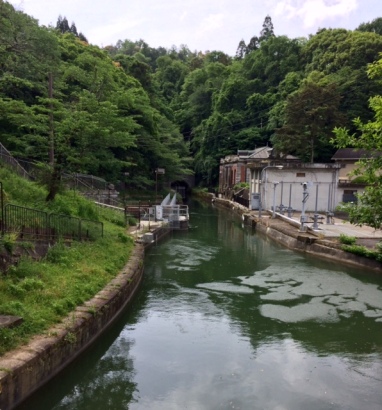 Then we walked pretty steeply up to Mt. Daimonji (465m). The path was severely damaged by the previous typhoon and the fallen trees were everywhere. A magnificent view of Kyoto from the top, though.

Damaged path by the typhoon

Fallen trees on the path

A sweeping view of Kyoto from Mt. Daimonji

A local hiker told us that the fireplace of Kyoto’s famous summer fireworks was located in the lower part so we left the Kyoto Trail for a moment and took the path towards that direction.  The Daimonji Fireplace (Hidoko 火床) seems to be a popular outing destination for people in Kyoto, and there were a lot of families with children and young people walking up here.  I was happy to see the place I heard of so often.

We went down to Ginkakuji and this was originally today’s goal, covering a total of 17km. But the weather forecast for the following day was all-day rain and we debated pros and cons during lunch. A tasty meal and a lunch break fuelled our energy and Sano-san was also in a great shape (last December he was exhausted only after a 10-km hike).  We decided to give it a go.

The next stretch was from Ginkakuji to Hiei, another 7 km. Mt. Hiei is home of a Buddhist sect, scattered with temples in the dense cedar forest. It gives us a feel of walking in the deep mountain, with a few hikers on the trail.

In the end we covered 25km, which made us feel weary, but we could see many different parts of Kyoto in one day. 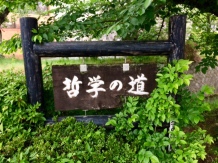 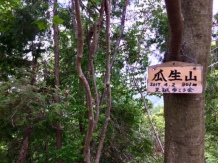 Fallen trees on the path

← Biking from Meilen to Walenstadt along the Linthkanal
Echizen Pottery Festival →