We got off the boat in Kasaan and joined a walking tour with one of the 54 inhabitants on that Island. That young man who is a totem carver led us into the beautiful dense rain forest. He, to our surprise, joined the community just about a year ago to find some peace and solitude.

In the middle of the forest, there were several totem poles and a mysterious feel lingers in the air. The longhouse is minimalistic and almost similar to Japanese Shinto temples. Inside the longhouse, the guide played the flute in a somewhat silent and meditative manner. 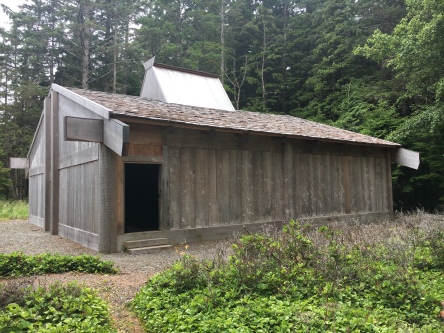 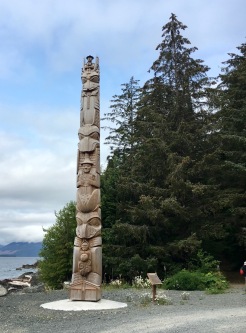 It seems that this small island has a number of creative and artistic people: one is a local blacksmith who creates knives and other tools from broken cars or train track nails. Another man is in the middle of carving a very large canoe for up to 12 people for his own pleasure.