When asking, as always, what my darling would like to do on her birthday, she answered: „Nothing fancy, please, I just want to be in the mountains.”

For the third time, we have the chance to stay at Patrick‘s and Katharina‘s studio in Zermatt, a fantastic location which makes it easy to please Yasuko on her birthday. Yasuko just finished a full 10-day-hike from Chamonix to St. Niklaus across most of the Valais mountain area. The continuation from St. Niklaus to Zermatt is called „Europaweg” and, of course, one of three sections in the Mattertal, the last section, became the birthday hike. 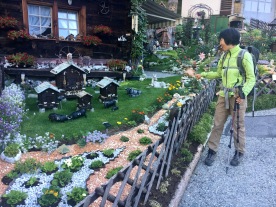 In Täsch we started with an unfriendly morning immersion up 800m to Täscheralp – hearts pumping and sweat dripping. But the pretty views on the way up at two quaint dwellings were welcome rests.

A quaint Täsch chapel on the way

Dwelling on the way to Täschalp

We finally reached Täschalp two hours later,  but already on the way up, we saw many people running around in the mountains. It turned out that the Ultra Tour Monte Rosa race was on. It’s a competition of a few hundred crazy mountain trail runners going from Grächen to Saas Fee over 170km and 11’000m ascent! 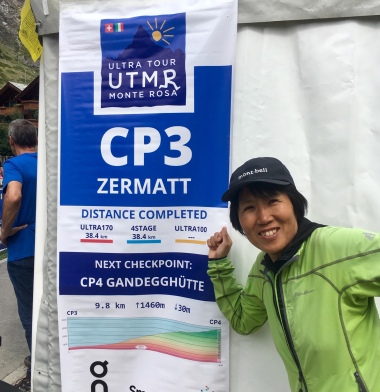 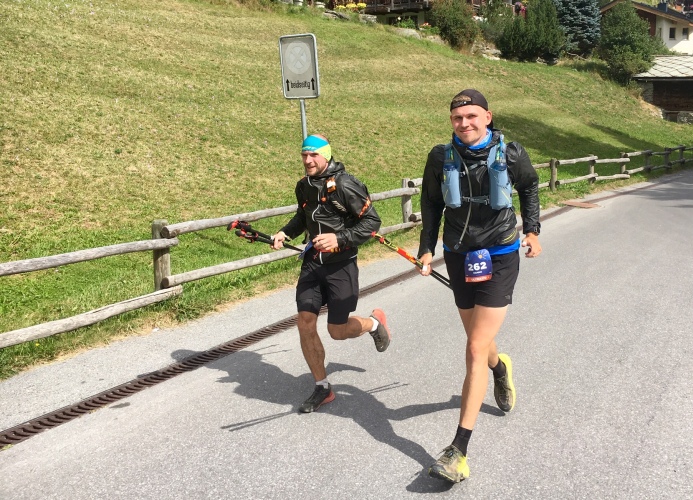 Some do it in four stages, some in one stage only, without any sleep in between. Compared to this, we were on a walk in the park.

On the way we had a bread, humus & miso soup picnic with magnificent views of the Weisshorn and the Matterhorn which, according to Yasuko, was a way better experience than any meal at some 5-star restaurant.

Funny enough, Yasuko encountered a couple of her Haute Route hiking buddies who continued their hike on Europaweg. So Andrew & Nick, Freddy, Laura, John & Anthony and Keith showed up one after the other for a short chat and catch-up with Yasuko.

With some fantastic views and a really slow hike to enjoy the mountains as much as possible, it took us more than 8 hours to finish the 5h30 hike to Zermatt.

We arrived just in time for some Dutch Poffertjes (pancakes) before heading home for an olive & cheese apéro, again with a fantastic view of Matterhorn from our balcony. What a fantastic day! 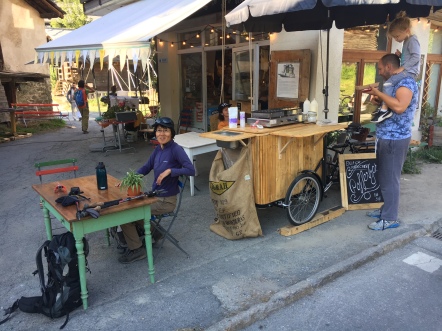