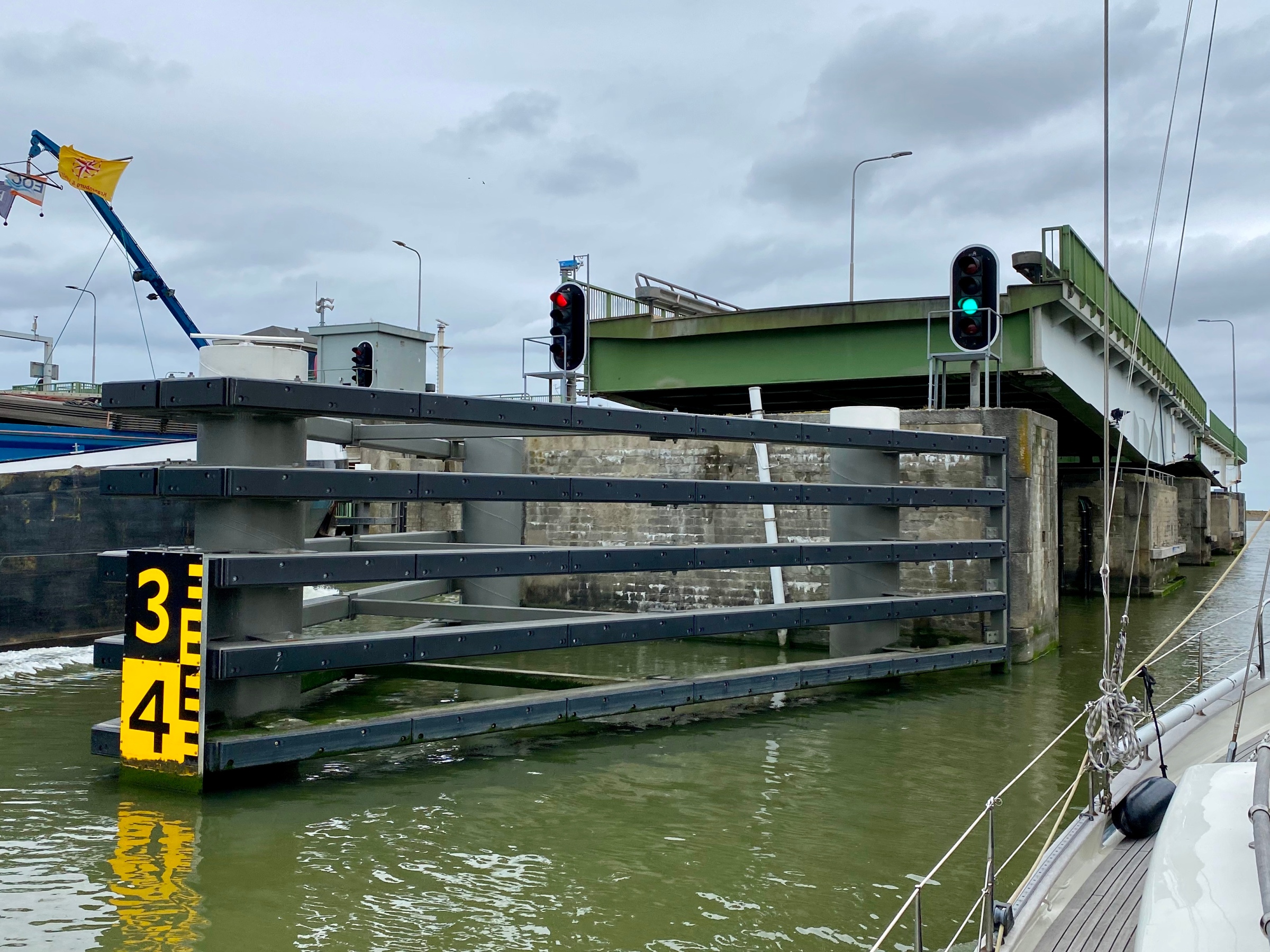 Sailing is driven by wind strength and direction,  the state of the sea (i.e. waves, currents), the characteristics of the sailing boat and the crew. Shortly after my arrival, Marius and I sat down to discuss the options for the first day. We decided then to sail as much eastwards as possible because the forecast indicated rather strong winds, actually close to gale force, which often results in rough seas.

Our first intended destination was Borkum. But after only a couple of hours of efficient sailing under motor, we covered more miles and arrived in Norderney. It took a bit longer but brought us closer to the North Baltic Sea canal.

The beginning part of sailing was easy but interesting as well; a lock, a swing bridge, some shallow flat waters up to Harligen. A 90° turn port-side and another hour of sailing leads to Vlieland and the more open sea.

For our nightly sailing, we planned two shifts. I took the first watch, which started at 10pm and lasted until 2am. Easy, I thought, and prepared some audiobooks to kill time. What I did not realize was that the North Sea is one of the most important sea route for marine transport and its shipping lanes are among the busiest in the world. When the sun went down, I was surrounded by fireworks of lights. Every one of those numerous boats, lighthouses, buoys, harbors and nearby hotels emitted all kinds of valuable as well as irrelevant light signals. On top of it, we were sailing through a dense forest of wind turbines, probably thousands of them. And every one of those turbines alerts us boaters with a couple of lights. So, in the end, there are thousands of lights all around!

I was busy making sense of it all – with the invaluable help of our boat’s efficient AIS System – when finding that we are heading on a collision course with a freighter considerably stronger than us. It took me a while to figure out why I hadn’t recognized this earlier, but first changed our course to avoid any serious incident.

Cutting it short: I learned a lesson.

Marius took the next shift from 2am onwards and after 22 hours we arrived in Norderney. We were nicely welcomed by breaking waves, driving through the shallow waters just at the entrance to Norderney…