This is for the X10(s), NOT the Express version.

For those familiar with electronics, here is the short version: Connect a 12V cigarette lighter adapter to one and a barrel plug to the other side of a step-up converter and your car charger is done. For all the others, read on…

The X10(s) comes with a wall charger and a 2S 7.2V 2600mAh Li-ion Battery. If the battery is not fully charged, and sometimes even if it is, the transmitter (TX) might not get through an entire day of slope flying. So here is a way to charge it through a 12V cigarette lighter adapter or your 12V DC power supply unit.

This solution does not call for any “invasive” mods like soldering inside the TX, drilling the TX housing, changing battery chemistry and so on.

Side note: The standard FrSky “Wall Charger” coming with your radio is not a charger with all the charging intelligence and algorithms inside it but only an AC-DC converter providing a constant 15V 1A output. The charging intelligence is on a printed circuit board (PCB) attached to the Li-ion battery inside the radio and it decides how much charging power is coming through and when to stop. In other words, all we need to is to put together a device which provides constant 1A at 15V.

The main component is a so-called step-up volt converter which is sold on eBay for little money. There are many models, some with a LED volt display. The one I bought is simple, cheap and small: 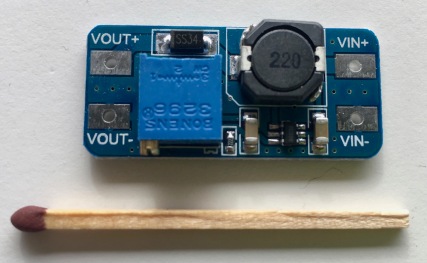 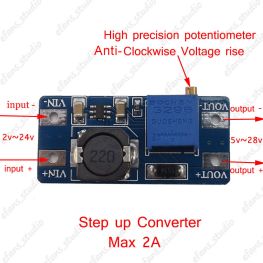 The step-up converter I chose increases voltage from 3-24V input to 5-28V output and can provide up to 2A. It is important to note, that it can only increase the voltage and not reduce it. So if we need a 15V output to charge the X10(s), this specific converter needs an input between 3V and 15V. In my case, I will use the car battery as a power supply. 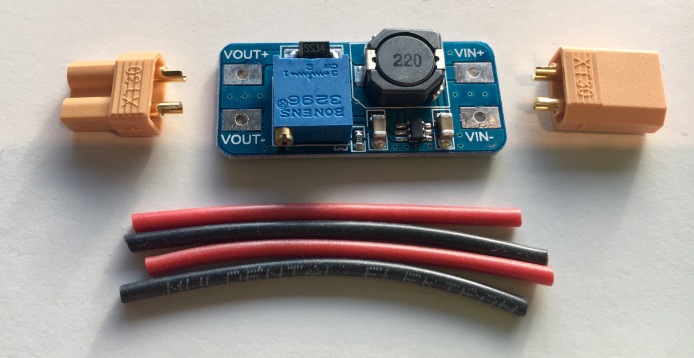 Some of the components used

Optional: Instead of using a new barrel plug, you can cut off the one at the standard wall charger and connect it back using a plug (e.g. XT30, but almost anything will do). That plug would then also be used to connect the step up volt converter. 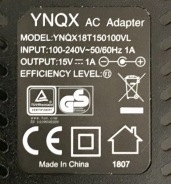 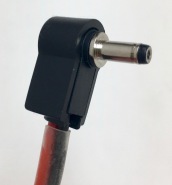 I would like to thank James Mills and Colan Casey who helped through FB.