A path along the transparent stream 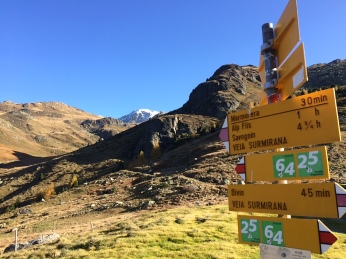 Walking under the golden color forest 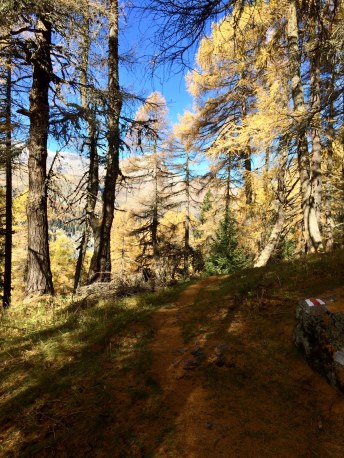 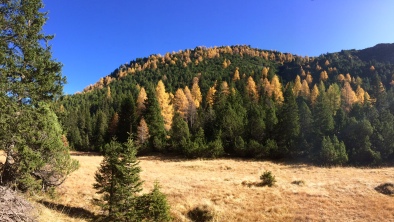 Horses on the moors

A fantastic view from Alp Flix

Flowing down to Gelgia River 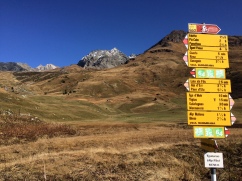 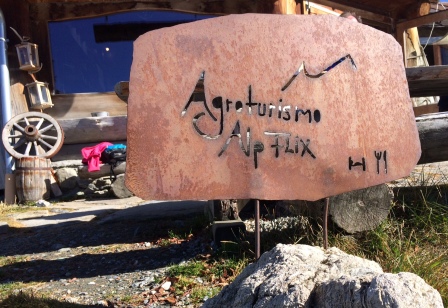 A nice break over chocolate cake an tea with a view. On the next day they will close for the season. 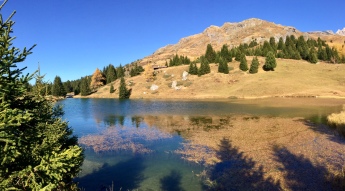 Walking towards Savognin. A great view of the valley.